An agreement between Quinton Motor Club, the Motor Sports Association (MSA) and Natural Resources Wales (NRW) has been reached, whereby all the 45 gravel stage mile route of the Nicky Grist Stages (9-10 July) will run as originally planned.

The continuing negotiations between the MSA and NRW had given Quinton Motor Club, the event organisers, a number of route options – but the agreement sees the best possible route confirmation outcome for the event and for the 180 crews who have already entered.

The BRC will continue onto day two (Sunday 10 July), where there will be a further 10 stages on Tarmac over the famous Epynt military ranges. Four stages – Quarry (4.39 miles), Cilieni (4.52 miles), Deers (4.42 miles) and Tank (4.36 miles) – will be tackled twice, together with New Road (11.77 miles) and ending with the longest stage of the event, Drovers Return (11.84 miles). Day two’s competitive distance totals 58.99 miles, giving BRC competitors an overall total stage distance of 103.43 miles.

On the Saturday, centralised servicing will be located at the Royal Welsh Showground in Builth Wells, while on the Sunday there will be a remote service on the Epynt ranges. All stages will be run in daylight.

Rob Jones, MSA Chief Executive, said: “Against the background of continuing detailed discussions between the MSA and NRW, and in the spirit of those discussions, an accommodation has been reached allowing the 2016 Nicky Grist Stages to run as planned.”

Neil Cross, Nicky Grist Stages Clerk of the Course, said: “Now we have agreement from NRW to run our original route we are pleased the uncertainty is over. It has been a testing few weeks but our plans can now be realised 100%. We are grateful to both the NRW and the MSA for facilitating this agreement.”

Nicky Grist said: “Now we have the green light for go! I am absolutely delighted. Quinton Motor Club has worked hard to get to this point and now it can focus more positively on running a great rally for everyone.” 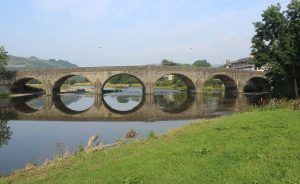 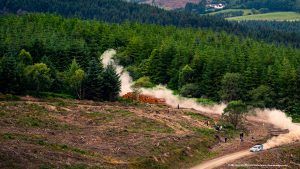 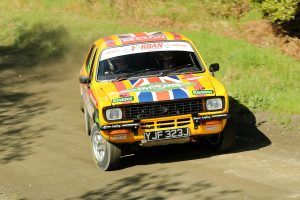