Entries are now open for the Nicky Grist Stages (Saturday 13 July) – with the official event Regulations and Entry Forms published on-line at nickygriststages.co.uk.

This year’s Quinton MC-organised event will once again take place in some of Mid-Wales’ most classic forest stages in the Carmarthenshire-Powys border area, with 43 stage miles (and only 80 road miles) in an eight-stage route. The event will run on both Natural Resources Wales and Ministry of Defence land on the Epynt ranges, with the emphasis on giving competitors the best smooth and flowing roads available, great value for money and a no-nonsense, action-packed and well organised event.

The 2019 Nicky Grist Stages is the only rally to use Crychan this year, with a fantastic stage through this famous Welsh forest that is just over nine miles long. A short test through Halfway forest will be up next, followed by the return of the popular Monument stage and then a revised Llyn Login stage, which will have most of the asphalt section removed and a flying finish where cars will be airborne as they cross the line. The 21.5 stage mile loop will be repeated in the afternoon (following a mid-day service halt in Builth Wells) giving a stunning 43 miles of competition in total. The Route 60 stage is being rested this year as it is undergoing re-surfacing work by the MOD.

Last year the Nicky Grist Stages was the first rally in Wales to run under new seeding guidelines – and such was its success and popularity with competitors that this year the 1400, Rally First and H1/2 Historic cars will once again run in the first batch of cars in reverse order, followed by the rest of the field in a second batch, running in number order.

The Nicky Grist Stages will be located in Builth Wells this year, with Rally Headquarters based in Strand Hall (in Strand Street), the Start, Finish and Service Area at the Builth Wells RFC in Groe Park and the trailer park and a re-fuelling zone at the town’s Cattle Market car park.

Neil Cross, Nicky Grist Stages Clerk of the Course, said: “We have worked hard this year to bring competitors and fans what we are confident will be a classic Nicky Grist Stages. The forest roads are in great condition, and they haven’t been used since last year’s event. Moving the rally into the centre of Builth Wells will showcase the event to the local population, and we hope the rally community will support the many local businesses during the event.” 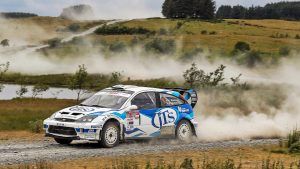 This summer’s Nicky Grist Stages, which was scheduled to take place on Saturday 11 July, has been postponed – owing to a number of key 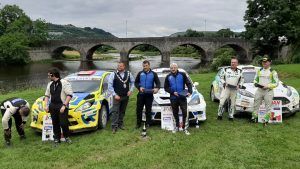