Jordan Road Surfacing BTRDA Rally Series leader Paul Bird is aiming to make it three wins this season – and a hat-trick of victories on the Nicky Grist Stages (Saturday 14 July) – when he contests this year’s event in his Dom Buckley Motorsport/IRS-prepared Ford Focus WRC08.

The Cumbrian driver has won the Nicky Grist Stages twice before, in 2014 and 2015 with Aled Davies co-driving, and in the same Frank Bird Poultry, Be Wiser Insurance, Hager, Fuchs Titan Race and Loco Energy Drink backed car that he’ll drive again next month. Bird is also the Team Owner of the Be Wiser Ducati British Superbike Championship team, and with his rider Shane Byrne side-lined after a big testing crash at Snetterton, it’s now down to Bird himself to win a title for the team. And having won two rallies and finished second twice this season, Bird will arrive at the Nicky Grist Stages 18 points ahead of Russ Thompson in the BTRDA Gold Star Driver standings. Matt Edwards is third in the points table, having also won two events.

Bird will be co-driven by Jack Morton, in what will be their tenth event together since teaming up for the first time on the Pokerstars Rally on the Isle of Man last November. Morton has contested the Nicky Grist Stages twice before, finishing 28th overall in 2015 with Damian Cole in a Mitsubishi Lancer Evo 9 and 10th overall in 2016 with Tom Preston in a Škoda Fabia R5. Morton, who leads the BTRDA Gold Star Co-driver standings by 17 points, was also a member of the MSA Academy in 2015 and 2016 and worked with co-driver coaches Nicky Grist and Paul Spooner throughout his time at the Academy.

Paul Bird said: “After our wins on the Cambrian and Carlisle Stages rallies, the intention is to make it a third win of the season on the Nicky Grist Stages and to increase our lead in the BTRDA Rally Series. I’ve won the event the last two times I’ve contested it, so I know the stages well and they suit my driving style, so I’m looking forward to it. We have a test beforehand and a few improvements planned for the car also. After my BSB rider Shakey Byrne was ruled out through injury last month, it looks like the onus is on me to deliver a championship this year, so the pressure is on!”

Jack Morton said: “I’ve always enjoyed the Nicky Grist Stages every time I’ve done it, especially Route 60 and Crychan stages. They are so much fun and great to co-drive on. I’m very much looking forward to returning to these areas. We come into the event with a good lead in the championship. One of our nearest rivals, Matt Edwards, also has two wins this year, but we have the better consistency record – but it will be tough, as Matt will have good knowledge and experience of the stages, after he’s competed on the BRC version of the event over the last two years. We will have to be on top of our game to come out on top again, but if we don’t we’ll have to make sure we get another good points haul, as points make prizes! I’m really enjoying my year so far alongside Paul; we are now really starting to gel in the car, as proven by our last two results in Barbados and Carlisle, so I think we can go from strength to strength from now on. Having a great team around us like the Dom Buckley IRS lads, who produce an faultless car every event for us, is only helping us every time. It was also a great experience to be in the MSA Academy, especially as I grew up watching Colin McRae and listening to Nicky’s voice for so many years – it was quite surreal that I was working with him, and that he was my mentor, at the Academy.”

Organised by Quinton MC, this year’s Nicky Grist Stages takes place over 45 stage miles in the forests of Halfway, Route 60, Crychan and a brand new smooth, fast and flowing stage which has never been used for rallying before. The event will be based at the Royal Welsh Showground in Llanelwedd, and with up to 180 cars allowed to start the event, it will once again be a major boost for the economy of Builth Wells and the nearby Powys and Carmarthenshire towns and villages. 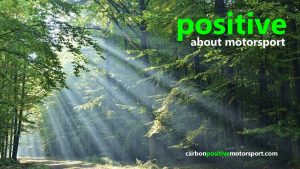 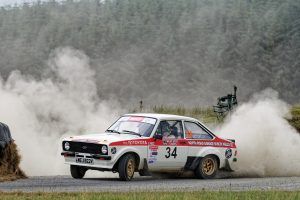 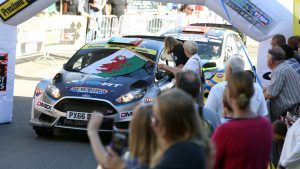